Rowlux Illusion Film, Aluminum
16’ x 7’ x 15’
This sculpture was commissioned by Bonnaroo Music Festival and installed in the Nashville International Airport in a skylight in Terminal C. To create it, I engaged with past Bonnaroo festival-goers on Facebook and Reddit, and asked them to provide me with a short phrase about something that makes them feel positive. I used the hundreds of responses to compose ten poems. These poems were designed and cut out of the Rowlux Illusion film to be installed like banners resembling the shape of a tent. 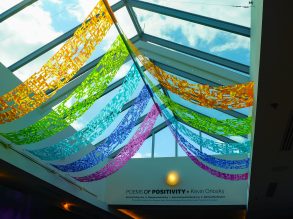 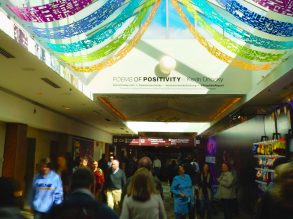 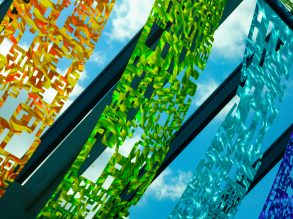 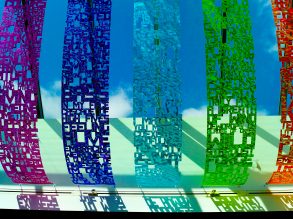 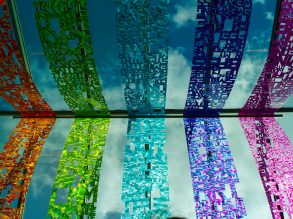 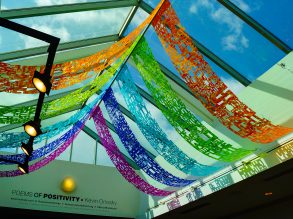 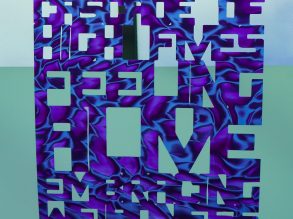 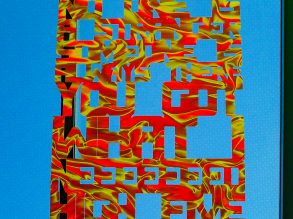 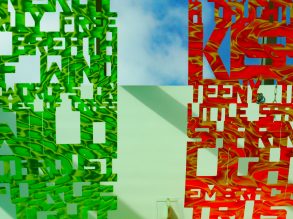 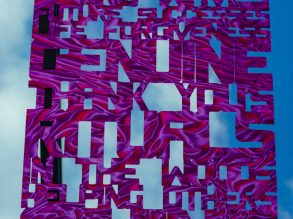 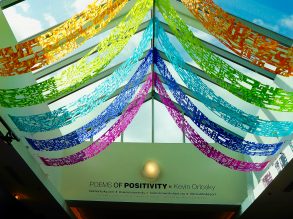